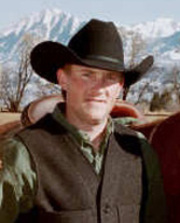 Myles Roberts
Title: Broker Associate
Email: Contact This Broker Associate
Office Phone: 970-872-2236
Cell Phone: 970-234-3391
Great corner location for this commercial building in Hotchkiss. 2 separate retail/office/gallery buildings on the main level that can either be unlocked between them and used together, or can be locked separate and have 2 completely separate areas, each with their own separate exterior entrances. Upstairs there is a nice apartment. The apartment has it's own two exterior entrances and a nice large deck. The west building is the Historic turn-of-the-century North Fork Bank building. The old walk-in safe is still in there. The back part of this building is a studio that is closed off separate from the front with it's own exterior side entrance, a 1/2 bath, and used as a separate office/studio space. In the very back of this building is the old, original Hotchkiss jail house and the jail cells are still there. The east building is partially attached to the west building and it was constructed in 1996 according to the Assessor, of concrete pre-form construction, and it has the apartment on it's upper level. The area behind the buildings is fenced in with access off the alley, a workshop and a storage building. Lots of space and many possibilities here!

Save properties for later.
Get automatic updates when new listings match your search criteria.

To create an account, fill out the following form: